Welcome to Hydrometeorology of Georgia

The state Department of Hydrometeorology of Georgia, as well as other similar world services is called to provide the sustainable development of the countries.

Primary objectives of Department are:

Hydromet of Georgia has 160 years history. It has more than 100 observation stations over the country and more than 900 coworkers. It’s structure changed significantly during the last 3 years.

History of Meteorological Observation in Georgia 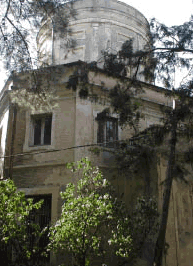 The predecessor of the State Department of Hydrometeorology of Georgia, Tbilisi physical observatory is one of the most ancient, fundamental observatories. It was founded as early as 1837, till 1844 magnetic and meteorological monitoring were conducted non-uniformly.

Georgia borders one of the richest countries in energy in the Caucasus region Azerbaijan, which makes it difficult for Georgia to dominate the said region. Nevertheless, its close ties to Azerbaijan had brought the country many benefits like Foreign Direct Investment (FDI) opportunities.

Many doubted that the leader of the Dream party, Ivanishvili, would keep his promise regarding an open market economy due to his ties to Russia. Despite that, he and his Party are acting in the best economic interest of Georgia so far by establishing relationships with western investors. It seems that the Georgian government has turned more to the west than Russia. This does not mean that Ivanishvili is neglecting Russia, since for an economic point of view, Russia is a large country with a large population and setting up mutual trade agreements can only benefit both of them. [more]